Elon Musk's Tesla Will Hire You Without a College Degree If You Move to Austin, Texas Right Away | THE DAILY TRIBUNE | KINGDOM OF BAHRAIN 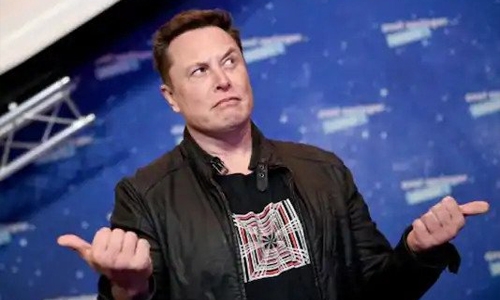 The Tesla CEO and SpaceX boss took to his Twitter account to share that a Tesla manufacturing plant being built near Austin will hire more than 10,000 people through 2022 – adding that that student doesn’t need a college degree to work with the brand.

Students can apply for jobs at the plant right after high school.

According to Financial Times, the upcoming $1.1 billion Tesla Gigafactory at Austin, Texas, which would produce Cybertruck, Semi truck, Model 3 sedan, and Model Y mid-size SUV, is looking to hire more than 10,000 people through 2022.

Musk had earlier announced in July that the construction work is proceeding rapidly on the company’s newest manufacturing facility. According to a report by Austin American-Statesman, if Tesla will hire 10,000 workers then it will be double the minimum number of hires the company had promised earlier, which was 5,000.

In a new tweet, he urged people to move – and also the need to build more housing for his potential employees.

Musk in his earlier tweet further listed the benefits of joining the new Giga Texas. He revealed the job site is situated just five minutes from the airport, 15 minutes from downtown and right on the Colorado River. However, no extra details were provided by Musk via the tweet. Also, on Tuesday Musk had urged people to move to South Texas for his aerospace company SpaceX and encourage friends to do so.

While Austin was an urban area already developed, Boca Chica was far from it. People living in the calm location of Boca Chica, a remote beach community in the southernmost part of Texas, had a life filled with tranquillity. Then Elon Musk came up with his SpaceX company there. Tesla CEO and SpaceX boss, billionaire Elon Musk had fixated on Boca Chica in Texas, US almost a year ago. In March, he announced that he wants to rename it as ‘Starbase.’ SpaceX is currently building a new factory in Texas for its satellite-based broadband service Starlink, according to a job posting from the company, as a billionaire entrepreneur Elon Musk continues to invest in the southern US state.

Boca Chica isn’t the ideal place to construct a base for a space exploration company, reports Esquire. The nearest grocery store is a 30-minute drive away, the cell service is poor and there is very little freshwater. But it was quiet, which it isn’t anymore.

Most of the Boca Chica were retirees and loved spending their time in peace. But all that changed when Musk decided to start his SpaceX company in the area. Now, loud thuds and sounds of trucks are all common there.

SpaceX was growing at a rapid pace and Boca Chica residents soon got to know that that meant trouble for them. At the end of last year, the private space company offered to buy their homes.

“Expansion of spaceflight activities will make it increasingly more challenging to minimize disruption,” SpaceX had said in a letter to the residents. The residents have been vocal about what it’s like to have the experience of being Musk’s neighbour – and it was all negative.

In August last year, SpaceX hinted at a resort also being set up in Boca Chica, in a post mentioning the search for a candidate to fill up the job of “a talented Resort Development Manager to oversee the development of SpaceX’s first resort.”