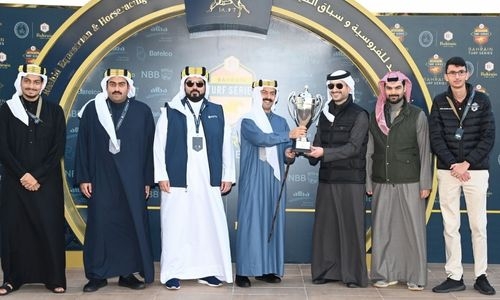 Arctic Emperor lifted the Lexus Cup in the feature race yesterday at Rashid Equestrian and Horseracing Club (REHC) in Sakhir.

Three other Lexus Cups were on offer on yesterday’s eight-race card.

Thahaby was the runner-up for Ghalya Raed Ali Abdulla, Abdulla Haji and Marcialis Jaures; while in third was Nine Below Zero for the trio of Al Afoo, Hasan and Dettori.

In the fourth race over a six-furlong straight with BD4,000 in prize money, Wowzers won the Lexus Cup for Mohamediya, Al Haddad and jockey Ali Hussain in 1:12.333. 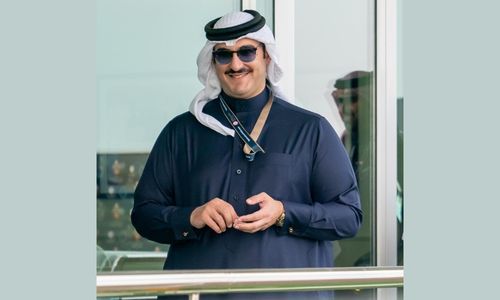 The last Lexus Cup in race three was claimed by Waqiaah.

Francesco Dettori won in the five-furlong event with a BD2,000 total prize for Al Afoo Racing and Mohamed Hasan. 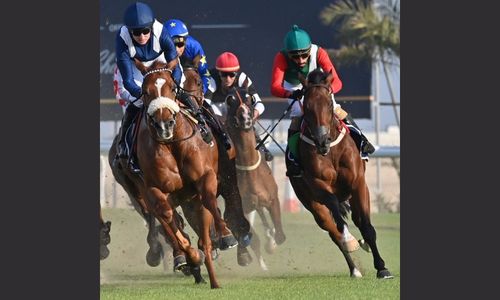 Ebrahim Nader saddled the winner to first place in 1:23.934 for Al Roudha and Hussain Aldailami.