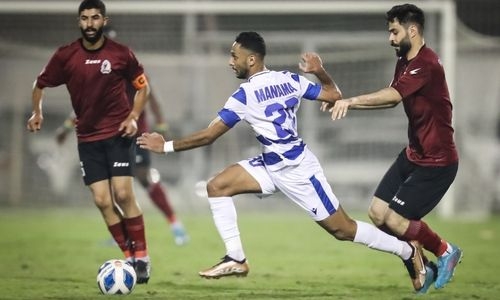 Ahmed Musa scored the game’s lone goal in the 55th minute to help his team register the win.

Musa fired in after a shot by teammate Mohammed Hallaq was saved by the Shabab goalkeeper.

The rebound went directly into Musa’s path and he sent the ball to the bottom-left corner of goal.

That was enough to give Manama the full three points, as they improved to eight following only their second win in five matches.

Shabab suffered their third loss and stayed on six points.

Ahli went to seven points following their first draw of the season, while Hala went to four points with their fourth standoff.

In another week five clash, Hidd and Sitra played to a 2-2 draw.