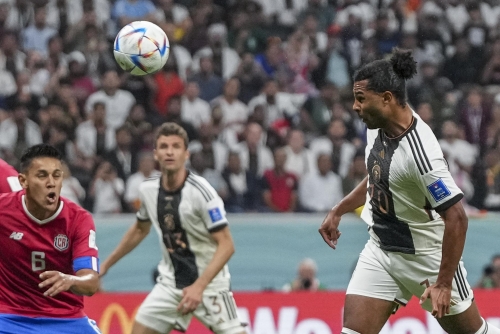 Germany was eliminated from the group stage of the World Cup for the second tournament in a row.

The four-time champions beat Costa Rice 4-2 Thursday but it wasn’t enough to advance to the round of 16.

Japan’s 2-1 victory over Spain allowed both of those teams to advance instead, with the Japanese team at the top of the group. Playing as defending champions at the last World Cup, Germany also exited early.