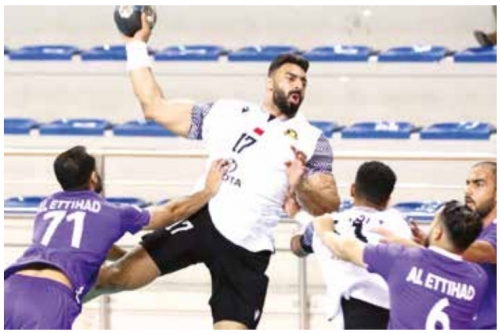 The victors held a narrow 16-12 advantage at the half but in the final 30 minutes Ettihad fought back, getting to within two goals multiple times. Ahli led 27-25 heading into the final five minutes, and they then finished the contest strong.

A goal by Sadeq Ali with three minutes to go widened the gap to 29-25, virtually icing the game for Ahli. With the result, Ahli claimed their first win of the new campaign after two tries. They had previously drawn their opening fixture.

Ettihad, on the other hand, suffered their second loss in three games. In yesterday’s other match, Al Dair overcame a hard challenge from Bahrain Club 36-31. Dair led 19-15 at the break and did enough in the second half to maintain their advantage and secure the win. Like Ahli, Dair were only playing their second game and they remained undefeated.