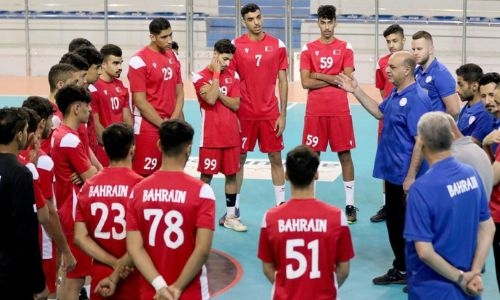 Bahrain have their eyes set on an historic “threepeat” when the Kingdom hosts the ninth Asian Men’s Youth (U19) Handball Championship later this month between August 20 and 31. The Kingdom’s up-and-coming young talents are one of 11 national teams set to take part in the competition, which is being organised by the Bahrain Handball Association in cooperation with the Asian Handball Federation.

The continental event also acts as a qualifying competition for next year’s 10th International Handball Federation Men’s Youth World Championship. Bahrain have been drawn in Group A for the upcoming tournament’s preliminary round alongside Iran, India, South Korea and Uzbekistan.

Group B features Japan, Saudi Arabia, Qatar, the UAE, Iraq and Kuwait. The Bahrainis are the twotime defending champions in the event, having won the title in the previous two editions held in 2016 and 2018. The 2020 tournament was cancelled due to the COVID-19 pandemic. The under-19 nationals are scheduled to step up their preparations for their championship bid with an overseas training camp in Cairo.

The team will be leaving for the Egyptian capital this evening. During their camp, they are scheduled to play four friendly games against their counterparts from Egypt along with local clubs. Bahrain head coach Mohammed Al Maraghi has named 19 players to the squad for their trip.

The Bahrainis are scheduled to begin their campaign on opening night against Uzbekistan. They then play South Korea the following evening, and then return to the court on August 24 against India following a two-day break.

The nationals wrap up the preliminaries against Iran on August 26. Following the opening round-robin phase, the top two from each group advance directly to the semi-finals, while the remaining teams will play in the classification games.

Bahrain won the 2016 competition, also held in the Kingdom, after defeating Japan in the final. South Korea were the bronze-medallists. In 2018, the tournament was held in Amman, Jordan, and the nationals were once again triumphant, defeating their Japanese counterparts in the gold medal game. Chinese Taipei finished third. Bahrain are tied with Qatar and South Korea with the most wins in the tournament at two apiece.