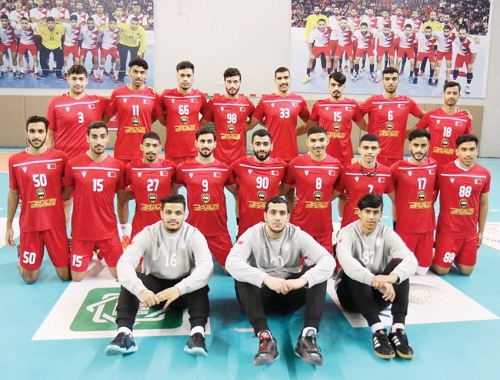 Bahrain’s junior national handball team have travelled to Budapest for an overseas training camp in preparation for the 17th Asian Men’s Junior Handball Championship. The continental tournament is scheduled to be hosted by Bahrain next month from July 15 to 24, and it will feature eight of Asia’s best national teams, with participants aged 20 years old and younger.

The Kingdom’s delegation is headed by Bahrain Handball Association president Ali Isa, and includes team administrator Hussain Al Fardan and head coach Adel Al Sabea. The Bahrainis are scheduled to play a number of international friendly matches while in Hungary. For the Asian championship, Bahrain are in Group B alongside Japan, India and Pakistan. Group A consists of South Korea, Saudi Arabia, Iran and Kuwait.

The upcoming junior competition will also act as a qualification event for the IHF Men’s Junior World Championship, with the top four teams directly qualifying for the global showcase, to be held next year and co-hosted by Germany and Greece. The juniors’ event was supposed to be held in 2020, but it was cancelled due to the COVID-19 pandemic. Bahrain were the bronze-medallists in the tournament’s previous edition in 2018.