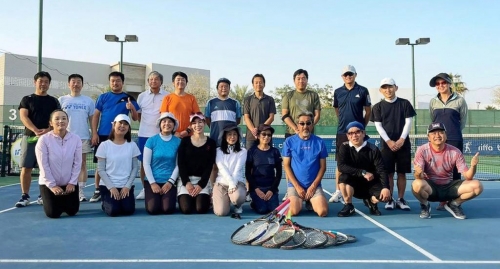 Riffa Tennis Club (RTC) announced yesterday that it is holding a commemorative championship to celebrate the 50th anniversary of diplomatic relations between Bahrain and Japan.

The club is today hosting the Bahrain-Japan Tennis Championship, sponsored officially by the Bahrain Tennis Federation.

On this occasion, RTC director Iyad Al Alawi affirmed that organising the Bahrain-Japan Championship comes after a half-century of diplomatic relations between these two friendy nations.

He also indicated that this event comes in the spirit of friendship between the two countries and peoples through friendly sports competitions.

Al Alawi noted that the idea behind this championship came from the club’s desire to promote relations in different areas, especially in sports where weekly, the club receives a number of Japanese citizens to play tennis.

For this reason, club management have found it a great opportunity to organise this championship between Bahrain and Japan players.