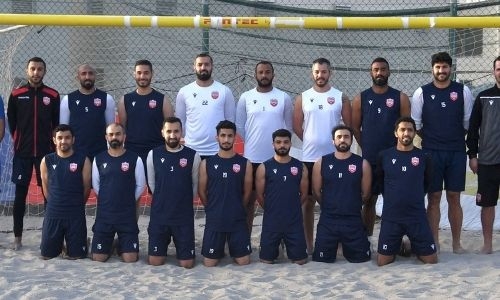 A 16-player Bahrain national beach soccer team has been named for an overseas training camp they will be conducting as part of their preparations for this year’s West Asian Beach Soccer Championship. The camp will be held in the Omani capital of Muscat, and it will kick off from tomorrow until May 1.

The Bahrainis have scheduled three friendly matches against their Omani counterparts during this period. They will be played on three successive nights from April 27 to 29. The national team delegation travelling to Muscat is headed by Bahrain Football Association officials and head coach Sadeq Marhoon.