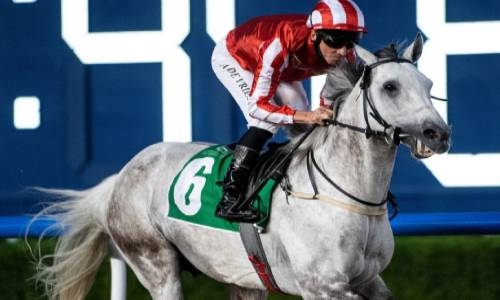 The Group I race was held over eight furlongs on dirt. HH Shaikh Nasser stressed that the victory is the result of the support and interest of His Majesty the King for equestrian sports in Bahrain.

HH Shaikh Nasser added that it is an incentive to continue achieving positive results in international races. HH Shaikh Nasser praised the prominent role of trainer Nass in creating the ideal atmosphere for Bahrain-trained contenders to compete at the highest level on the global stage, and also praised the efforts of jockey de Vries.

On his part, Nass expressed his thanks and appreciation to HH Shaikh Nasser for the continuous backing, and said that the win confirms the prominent Bahraini presence in top horseracing events.