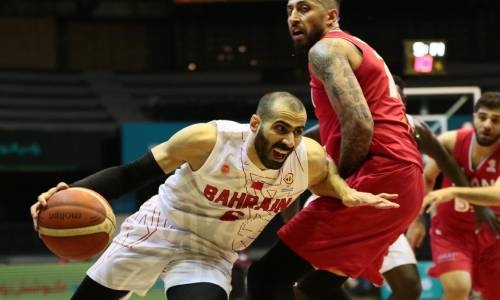 Bahrain bowed to Iran 66-82 yesterday in their opening game of Asian qualification for the FIBA Basketball World Cup 2023, played in Tehran.

The Bahrainis were within striking distance at the half, 36-29. But in the third quarter the Iranians outscored the nationals 28-14 and took full control of the game.

Bahrain tried to fight back in the final canto but their rivals were too good on the night. Ahmed Salman top scored for Bahrain with 17 points in the loss. Mohammed Kowayed added 13 and Hesham Sarhan 11.

The nationals are now set to play their return game against Iran on Monday at the Khalifa Sports City arena in Isa Town.

Bahrain’s next two fixtures will be in the second window, scheduled for February 24 next year against Syria and then against Kazakhstan on February 27. The final window in July of 2022 will see their last two games of this qualification first round, against Syria on July 1 and Kazakhstan on July 4.

For this first round of qualifiers, 16 teams from Asia/ Oceania are divided into four groups of four teams to play in home-and-away games. The three best-placed teams from each group will advance to the second round.­­