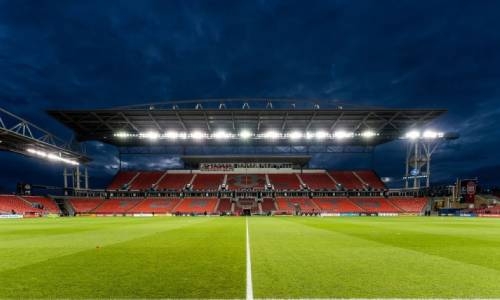 FIFA, world soccer's governing body, wrapped up site visits to potential venues for the 2026 World Cup to be co-hosted by the United States, Canada and Mexico with a stop in Toronto on Monday, saying a decision on cities can be expected in April.

After inspection tours of 22 cities and 23 venues a FIFA delegation will now submit a report from which 16 hosts will be chosen although FIFA's chief tournaments and events officer Colin Smith suggested that number was not written in stone, Reuters reports.

"When the bid was presented 16 was referenced and we've taken note but ultimately it is up to FIFA," said Smith, following a lunch-time media conference on the top floor of a downtown Toronto hotel overlooking Canada's national stadium BMO Field. "We'll wrap up these visits and then we will decide the most appropriate number we need to host the tournament.

"We haven't set the exact time (of the venue announcement) yet but I suspect it will be more likely April than March.

Toronto and Edmonton are the two Canadian cities bidding for games while Guadalajara, Monterrey and Mexico City are the Mexico candidates.

With the 2026 World Cup expanding to a record 48 teams, the joint bid calls for Canada and Mexico to each get 10 games with the rest going to the United States.

The FIFA delegation looked at everything from infrastructure to legacy projects to stadiums and practice facilities.

"Overall, we have been absolutely delighted with the quality of the presentations," said Smith. "It has been a very competitive process, one that is going to make our decision all the more harder."

Vancouver, venue for the 2015 Women's World Cup final, has expressed late interest in getting in on the World Cup action but Victor Montagliani, the CONCACAF president and FIFA vice-president, on Monday threw cold water on the suggestion.

"I know that the premier of British Columbia (John Horgan) had expressed some interest and that’s great," said Montagliani, who was joined at the head table by Smith, Toronto Mayor John Tory and Lisa MacLeod, Ontario’s Minister of Heritage, Sport, Tourism and Culture. "But right now we’re dealing with the players we have, not the players that are not on the team."