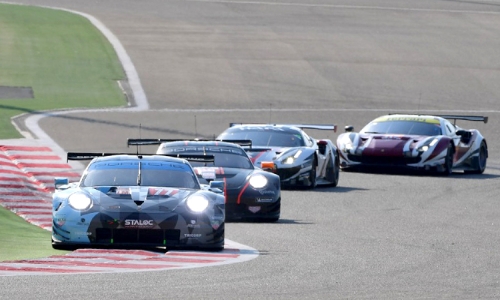 An exciting field of 32 cars will be lining up on the start grid at Bahrain International Circuit (BIC) this weekend for the FIA World Endurance Championship (WEC) Bapco 6 Hours of Bahrain.

The meeting will take place Friday and Saturday at “The Home of motorsport in the Middle East” in Sakhir, and it will mark the fifth and penultimate round of the WEC’s 2021 season. The Bapco 6 Hours of Bahrain will be the first of back-to-back WEC races in the Kingdom to end this championship campaign.

It will be followed on the weekend of November 5 and 6 by the season-finale, the Bapco 8 Hours of Bahrain. The 32-car list of entrants will be competing in four classes, headlined by the Hypercar category which will be making its highly anticipated debut at BIC.

The Hypercars are in their first season, having replaced the Le Mans Prototype 1 (LMP1) class. Toyota Gazoo Racing have two Hypercars entered for the race, featuring drivers such as ex-Formula 1 stars Sebastien Buemi, Kazuki Nakajima and Brendon Hartley in their #8 GR010-Hybrid and the Hypercar championship-leading trio of Kamui Kobayashi, Mike Conway and Jose Maria Lopez in their #7 car.

Joining them in class will be Alpine Elf Matmut team racing in their #36 A480-Gibson challenger. There will also be plenty of action in the LMP2 class, which will see the likes of Robert Kubica (High Class Racing #20), Juan Pablo Montoya (Dragonspeed USA #21), Stoffel Vandoorne (JOTA #28), Giedo van der Garde (Racing Team Nederland #29) and Anthony Davidson (JOTA #38) amongst the drivers of the 11 Oreca 07-Gibson cars. Meanwhile, there will be four entrants in the Le Mans Grand Touring Endurance (LMGTE) Pro class and 14 in the LMGTE Am category, racing in cars including the Ferrari 488 GTE EVO, Porsche 911 RSR-19 and Aston Martin Vantage AMR.

The WEC challengers will first be out on track this weekend on Thursday evening for a 90-minute Free Practice 1 before holding another two Practices on Friday along with Qualifying. That will set the stage for the six-hour race on Saturday, which will get underway at 11am.

All the racing will take place along BIC’s 5.4112-kilometre Grand Prix circuit. Off the track, there will be plenty of entertainment for the whole family, including international dance shows, music acts, roaming performers and a kids’ zone. Tickets are now available for Friday and Saturday at just BD5 for adults (BD8 for both WEC events) and BD2.5 for children aged 3 to 12 years old (BD4 for both events).

Kids under three are free, whilst there are also further discounts available for students, those with special needs and senior citizens. Hospitality packages are also on offer for race day on both weekends.

Ticket prices offer one of the most affordable ways to witness a World Championship motorsport event. Full details are available at bahraingp.com.

Spectator entry policy for the races will be in line with the Kingdom of Bahrain’s prevailing COVID-19 traffic light system. Under the current green conditions, entry is permitted to all.

However, should the traffic light status change, entry restrictions will be in place in line with Government direction. For full eligibility criteria for those wishing to buy tickets to enjoy the races, or for other information on the highly anticipated events, visit BIC’s official website bahraingp.com or call the BIC Hotline on +973-17-450000.