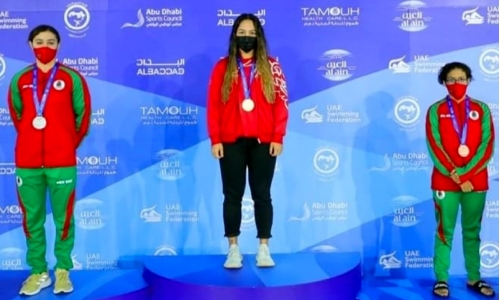 Bahrain captured four medals, including two gold, yesterday on the first day of the Arab Swimming Championships 25M, being held in Abu Dhabi.

The gold-medallists were Noor Yusuf Taha and Fatema Al Mahmeed, while winning a silver medal was Omar Al Ruwela and a bronze medal was Sanad Abdulla.

The quartet are part of Bahrain’s national swimming team competing in the meet, which is scheduled to continue until Wednesday.

Noor and Fatema are both former Olympians for Bahrain, with Noor competing in Tokyo earlier this year and Fatema flying the Kingdom’s flag in Rio de Janeiro in 2016.

There are over 230 athletes competing in the championships from 18 Arab countries.