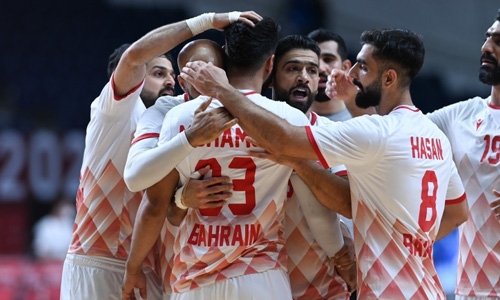 Bahrain national handball team clinched an historic victory against country, host country, Japan, 32-30 in the fourth round of Group B as part of the 2020 Tokyo Olympic Games.

Japan were leading 17-16 in the first half of the match which was played at Yoyogi National arena but the national team bounced Back to clinch the first ever victory in the history of Bahrain’s participation in the Olympic Games.

The national team thus total 2 points in the fourth plan while Japan remain in the bottom of the Group B table, with no points so far. In two matches in the same group, Egypt and Denmark will play, respectively, Sweden and Portugal.