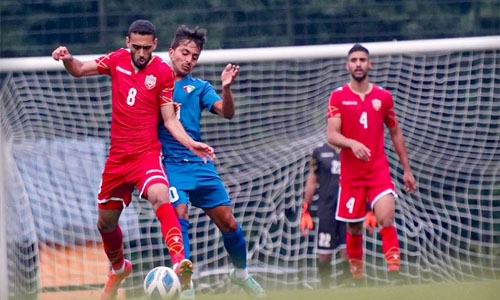 Bahrain’s under-23 Olympic football team defeated their counterparts from Kuwait 2-1 in an international friendly match played on Monday in Istanbul. The game was part of the Bahrainis’ overseas training camp at the Turkish capital, which concluded yesterday. Adnan Fawaz and Ahmed Al Sherooqi were both on target for the nationals, who bounced back from a 2-4 loss to the Kuwaitis in their previous tune-up game played last week.

They also had a friendly against Turkish club Beykoz earlier last week, which they won 5-1. The Bahrainis are currently preparing for their upcoming competitions, mainly the AFC U23 Asian Cup Qualifiers. The Bahrainis are in Group C of the qualification competition alongside Iraq, Afghanistan and the Maldives.