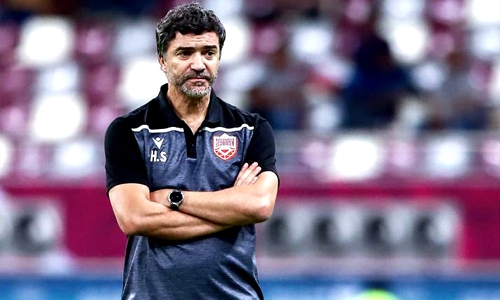 The sessions will be held locally between February 20 and 27 as part of the Bahrainis’ preparations for their international fixtures in the coming months.

It will be the first gathering of the national team in 2021.

The players selected are from six clubs in the Nasser bin Hamad Bahrain Premier Football League and from second division side Alkhaldiya.

Bahrain was supposed to take to the pitch next month against Cambodia in one of their remaining joint-qualifying matches for the FIFA World Cup 2022 and AFC Asian Cup 2023, but that game has been postponed to June, according to a national team official.

The official added that that fixture will likely take place along with Bahrain’s two other remaining qualifiers in a centralised venue.

As reported earlier by TDT and confirmed yesterday by the official, Bahrain is one of the locations being considered for the matches.

Iran and Iraq’s Basra City are the others in contention.

They have three games to play, including that against the Cambodians, as well as against Iran and Hong Kong.

In the end, the eight group winners and the four best runners-up advance to the third round of World Cup qualifying, and also secure their berths in the Asian Cup.