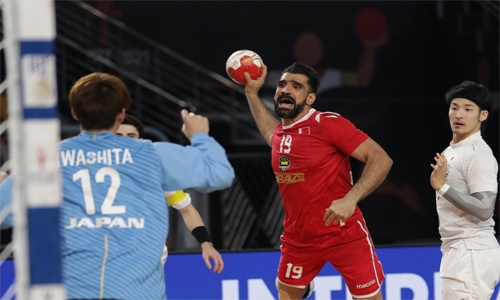 The Bahrainis made it to the competition’s main round for the first time in four appearances, but Sigfusson felt they wrapped up their campaign in disappointing fashion.

“I feel let down, we made so many mistakes,” said Sigfusson following their 25-29 loss to Japan on Monday night in their final game of the tournament.

The result gave them a winless record in five matches in the main stage, and it put them in 21st place overall out of 32 teams to end this year’s worlds. The Icelandic tactician added: “We couldn’t come back from the first period’s deficit in a game that was crucial for our ranking.

“I was happy at times during the tournament, we did well at times, but we couldn’t keep it up in the main round.”

He stated that the reason for the loss was wrong decision making. “We took rash decisions in the first period,” he said of their game against Japan. “We tried to get back but it was too late.

“We didn’t prepare for the tournament well enough because of COVID-19, but we will do our best in the Olympics.”

Bahrain is set to make its first-ever appearance in men’s handball at the Summer Olympic Games later this year, making for their second major competition of 2021.

Bahrain’s previous best at the worlds was 20th at the 2019 edition, which featured only 24 teams.