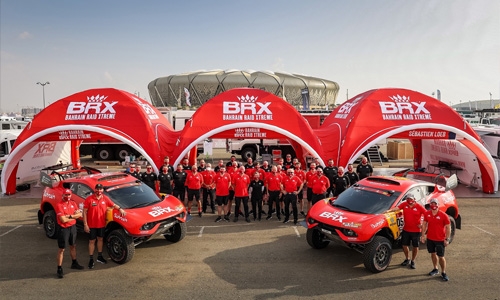 Bahrain Raid Xtreme (BRX) made its debut in the Dakar Rally 2021 yesterday, taking on stage one of the iconic race that would see Sebastien Loeb and Nani Roma drive the 623km route from Jeddah to Bisha.

Loeb and co-driver Daniel Elena, in BRX’s number 305 Hunter T1 car, started the stage 10th on the road but suffered a series of punctures early on due to the rocky conditions. The delays contributed to 24 minutes being conceded to the stage winner, completing the leg in three hours 30 minutes and 10 seconds, putting Loeb in 22nd place going into the second day.

In contrast, Roma and co-driver Alex Winocq, in car number 311, set out from Jeddah 15th on the road but completed the stage in 3:15:35, consistently climbing up the rankings at each waypoint and finishing sixth.

Commenting after the first stage, Loeb said: “Today was one of the hardest stages I have had in the Dakar. We had our first puncture in a fast section of the stage, then shortly afterwards a second and a third puncture, so had to slow slightly, but thankfully I knew Nani was not far behind, in case we had another one. “The car itself was great and no problems, so to lose just 24 minutes is a positive, given the difficulties we had. We will continue to push for the rest of the Dakar and anything is possible.” Roma said: “It was a difficult day and a challenging stage, but we are happy. We are feeling more confident each day, with Alex and I improving. The Hunter performed well on its first Dakar stage, so the signs are positive. For the next stage, we have open desert, which I am looking forward to; I really enjoy this type of driving, so it is going to be exciting to see how the car responds and performs.” 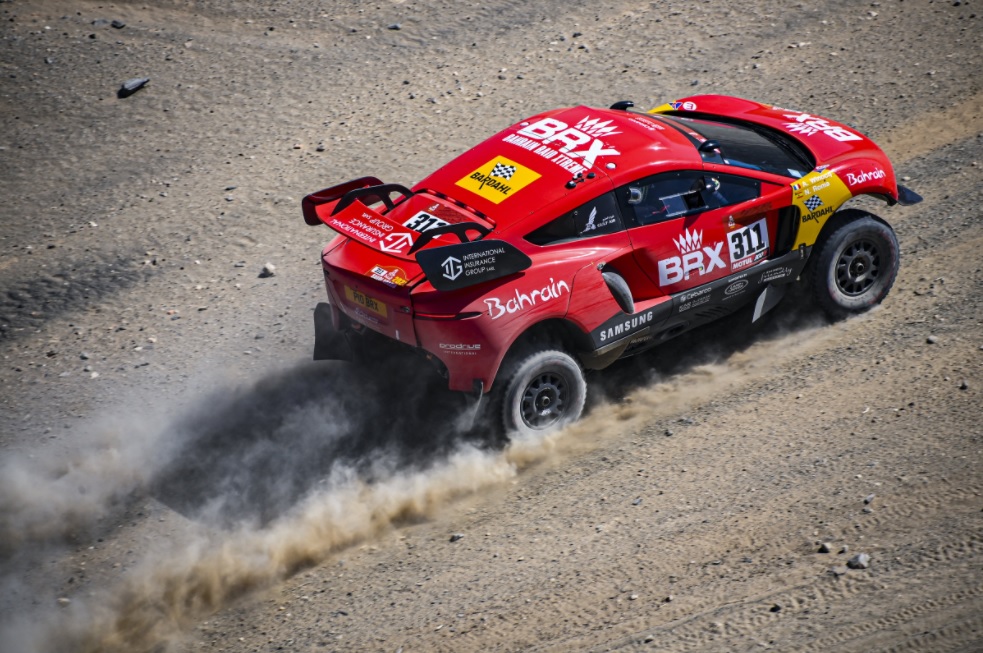 The second stage of the Dakar Rally 2021 will see Loeb and Roma leave Bisha for Wadi Ad-Dawasir for the first dunes of the race. The drivers will face 685km of driving (228km road and 457km special stage), on a stage that will test the cars and drivers with long stretches of open desert and sandy tracks.

Prior to yesterday’s start, the BRX crews took to the podium at Jeddah’s King Abdullah Sports City Stadium after completing the Prologue stage. Following the Prologue, BRX Team Director David Richards commented: “The Dakar is one of the biggest tests of endurance for driver and car alike. For that reason, the Dakar stands alone as one of the toughest motorsport events on the planet, and one of the biggest challenges Prodrive has ever undertaken.

The entire team has worked tirelessly to prepare for this year’s event and yet we all know that there will inevitably be issues that we never anticipated, that is what makes the Dakar so difficult. “In Nani and Sebastien we have two incredible drivers, supported by a great team of engineers who share a clear objective to compete from the off. We are all very excited about starting our first Dakar adventure.” 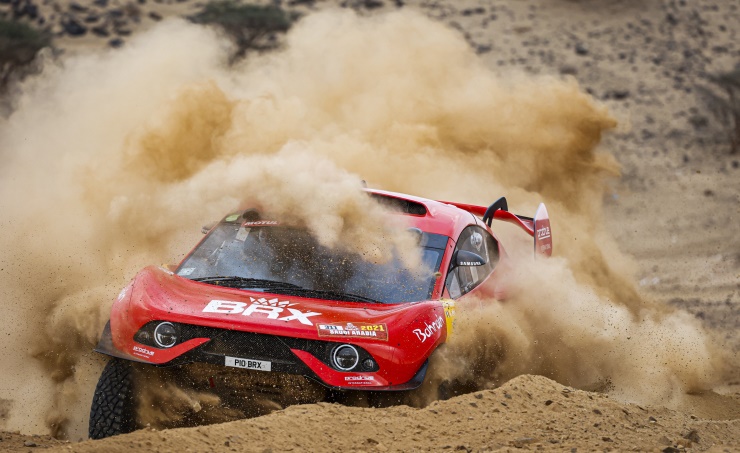 Meanwhile Bahrain Raid Xtreme (BRX) announced yesterday that they have welcomed Kappa, Cebarco and IIG to their partnership portfolio for the team’s maiden Dakar Rally entry – one of the world’s toughest and most extreme sporting events. Kappa will support the team with all its team clothing and kit requirements for the Dakar.

Kappa, historically linked to the sponsorship of professional sports teams supplying more than a hundred professional clubs around the world, are no stranger to the challenges and demands presented by such a challenging sporting event. Cebarco and IIG will play a vital role in ensuring the BRX cars, drivers and team, are ready to compete in one of sport’s biggest tests of endurance. Together, BRX, Cebarco and IIG will negotiate the extreme conditions of the Saudi Arabian desert over the 7,646km race.

3 killed, 30 injured as bus flips after hitting camel in Saudi