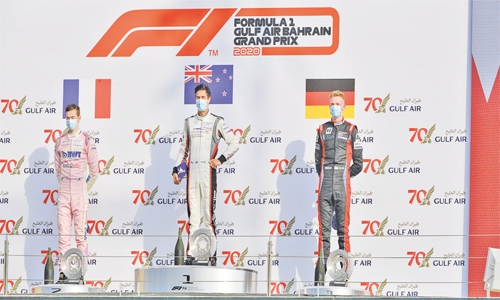 Evans won the series’ second race of the weekend, securing a brilliant double victory to kick off the new campaign.

After starting from the front row alongside pole-sitter Julian Hanses, Evans was able to power to first place on lap one and went on to win the 12- lap event in a total time of 25 minutes 11.958 seconds.

He finished 3.396 seconds ahead of Jean-Baptiste Simmenauer, while Hanses finished third 9.089s behind. Each of the top three were competing in the champion ship’s GT3 class Pro category. Winning the Pro-Am category while finishing fourth overall was Lucas Groeneveld, while Eddy Waldhier was the victor amongst the Am competitors.  Bahrainis Shaikh Ali bin Mohammed Al Khalifa (Pro-Am) and Shaikh Jaber bin Ali Al Khalifa were ninth and 10th, respectively.

A total of 17 cars competed over the weekend in the Porsche Sprint Challenge Middle East.