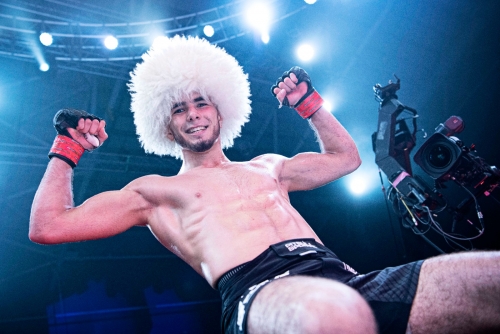 BRAVE Combat Federation was founded upon the core vision of creating a new system to the sport of MMA. For this, empowering it from the grassroot level up to the international platforms was a key element in the eyes of His Highness Shaikh Khalid bin Hamad Al Khalifa, the founder of BRAVE CF. And no other organization or entity has supported the cause more than BRAVE Combat Federa-tion.

Since its inception, BRAVE CF has become the go-to promotion for amateur talents that stood out within the International Mixed Martial Arts Federation (IMMAF) ranks. More than that, BRAVE Combat Federation is the only professional MMA promotion that hosted IMMAF World Championships outside of the United States, breaking all previous set records in par-ticipation, engagement, and nations represented, elevating the tournament’s level and offering the amateur competitors a massive platform.

Not only that, but BRAVE CF has also helped the World Championship transform itself from a side-show to a main event, becoming a huge weeklong show on its own with opening and closing cer-emonies, awards, etc. In its last edition, in 2019, the IMMAF World Championships took place once again in Bahrain, with more than 500 athletes representing 50+ countries descending upon the Kingdom for the week-long tournaments. One of the most recent examples of this perfect integration and development system came through England’s Muhammad Mokaev.

The two-time IMMAF World Champion got both of his junior amateur world titles fighting in the Kingdom of Bahrain and then returned to the country for Kombat Kingdom, a series of events held by BRAVE CF, and took the professional MMA world by storm, being labeled as the top prospect in the sport now. BRAVE Combat Federation once again cements its position as the pioneer of a new ecosystem to the sport of Mixed Martial Arts, which brings a much broader view, expanding from the current event-based model to a sports-business, with complex and organized structures.