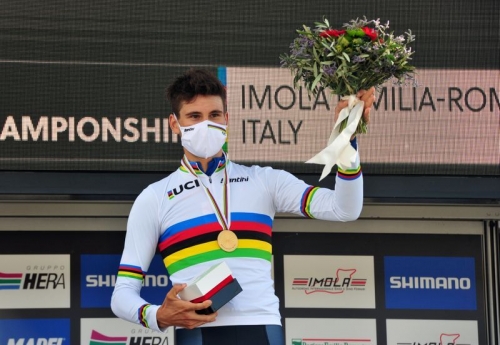 This year’s worlds have been shortened to four races from Thursday to Sunday and moved from Switzerland to Imola in Italy because of local Covid-19 restrictions. On Thursday, the US’ defending champion Chloe Dygert crashed out allowing the Netherlands’ Anna van der Breggen to claim the women’s event.