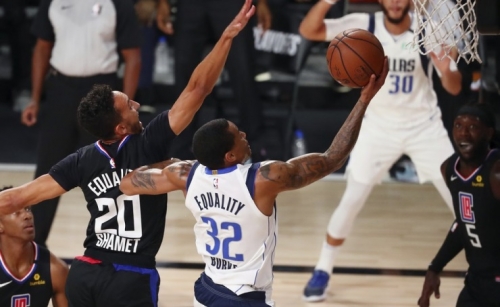 Luka Doncic has his first NBA postseason victory, though probably not the way he expected. Instead of leading the Dallas Mavericks on the court, he was helping lead cheers from the sideline as his teammates pulled away while he sat.

Doncic scored 28 points and the Mavericks put together the pivotal run when he was out to beat the Los Angeles Clippers 127-114 on Wednesday night and even the Western Conference playoff series at a game apiece, The Associated Press reported.