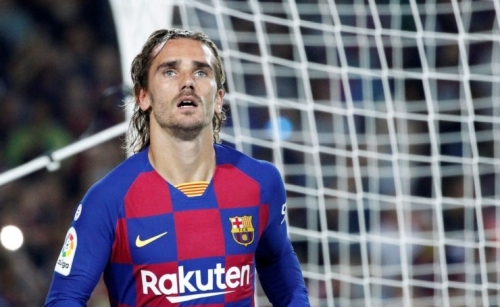 Barcelona beat Valladolid 1-0 on Saturday in La Liga to move back to within one point of leaders Real Madrid having played a game more. Arturo Vidal scored on 15 minutes with a drilled shot off of the post. Lionel Messi had played him in with his 20th assist of the season.

Real Madrid still need just five points to win the league and can open up a four-point gap once more if they beat Granada on Monday. Antoine Griezmann missed his kick on the edge of the area when set-up by Nelson Semedo in the first half and Messi had a free-kick fly just over in the second period , according to Deutsche press agency (dpa).

There was bad news after the game when Barcelona coach Quique Setien admitted Griezmann had picked up an injury. “He asked to be taken off,” confirmed the Barcelona coach.