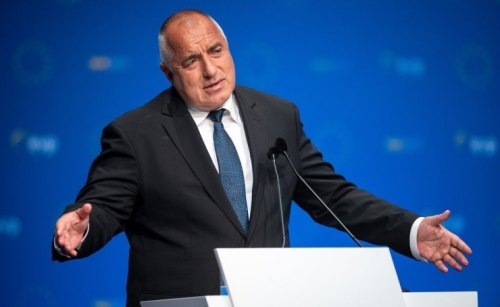 Bulgarian Prime Minister Boyko Borisov on Saturday resisted public protests and calls by President Rumen Radev for his government to resign. "Nothing keeps us in government but responsibility," Borisov said on Saturday night in a video on Facebook, charging that if the country's socialists took over the government in Sofia, they would break the state apart, Deutsche press agency (dpa) reported.

Borisov warned that the coronavirus pandemic would result in "terrible months and years" for Bulgaria's economy and finances. Radev - who is close to the opposition Socialist party - also called on the chief public prosecutor to step down. He said protesters had demanded these resignations, and that his call followed tensions after demonstrators supporting both sides clashed on Friday. The governing GERB party said participants in the rally supporting the president had thrown bottles at police officers, injuring three. Eighteen protesters were arrested, they said.