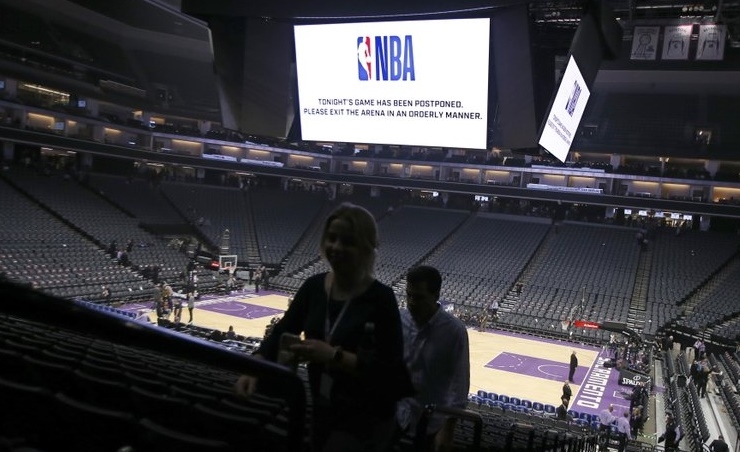 Commissioner Adam Silver said it remains impossible for the NBA to make any decisions about whether to resume this season and that it is unclear when that will change.

But in a clear sign that at least some of the 259 remaining regular-season games that were not played because of the coronavirus pandemic will not be rescheduled, the league announced Friday it will withhold 25% of player pay starting with their May 15 checks, The Associated Press (AP) reported.

Silver, speaking after the league’s regularly scheduled April board of governors meeting — one that took place through video conferencing and not the usual in-person setting in New York — said all options remain on the table for trying to resume play and eventually crowning a champion.

“I think there is a sense that we can continue to take the leading role as we learn more in coming up with an appropriate regimen and protocol for returning to business,” Silver said. “There’s a recognition from (owners) that this is bigger than our business; certainly, bigger than sports.”

The salary decision was made in concert with the National Basketball Players Association, the league saying it would “provide players with a more gradual salary reduction schedule” if games are officially cancelled or the rest of the season is totally lost.

Players will be paid in full on May 1. The cutback in salary has been expected for some time in response to the NBA’s shutdown that started March 11 and has no end in sight.

Silver said the league will weigh several factors as it continues to try to save the season, among them, whether the infection rate of COVID-19 comes down nationally, the availability of large-scale testing and progress on the path toward a vaccine.

Over 5.7 million visits to educational portal since suspension of studying