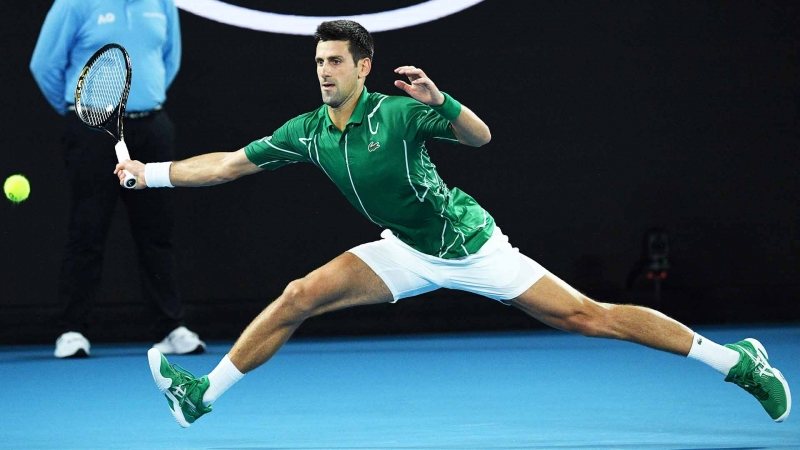 Defending champion Novak Djokovic dropped his first set in the opening round of the Australian Open since 2006 yesterday before grinding down Jan-Lennard Struff to keep his quest for a record eighth title on track.

“Credit to him for fighting, he’s a very powerful player,” said Djokovic, who is seeking to become only the third man to win eight or more titles at the same Grand Slam after Rafael Nadal (12 at Roland Garros) and Roger Federer (eight at Wimbledon).

“I started well, there was a close tiebreak and in the second set I played well, but he turned it around.

“Obviously when you are on the court, especially in my position I am expected to win most of my matches.

“There is a lot of pressure and a lot of different emotions involved. I definitely try to remind myself to stay present and really enjoy.”

The last time he dropped a set at the first hurdle in Melbourne was 2006 before going on a streak of 41 straight sets during round one matches until Struff crashed the party.

The second seed came into the tournament after leading Serbia to the ATP Cup title in Sydney, winning all six of his singles matches.

But he didn’t have it all his own way against the world number 37.

He ground through a series of long rallies before breaking his opponent in the fifth game of the opening set and seemed to be cruising.

But the German saved a set point in the eighth and then broke Djokovic in the ninth to trail 4-5, with the match back on serve and the crowd on their feet.

The comeback restored gallant Struff’s confidence and the set went to a tie-break, where the Serb dug deep when it mattered most to come out on top.

He broke Struff in his opening game of the second set and then put his foot on the gas, with the gulf in class widening as normal order was restored.

But it didn’t last long with the plucky German refusing to give up and the Serbian making uncharacteristic errors in a horror third set.

Djokovic was broken to love to go 2-0 down and while he broke back for 2-3, Struff broke twice more with a Djokovic double fault sending the match into a fourth set.

The world number two didn’t make any more mistakes, keeping his focus to get over the finish line.