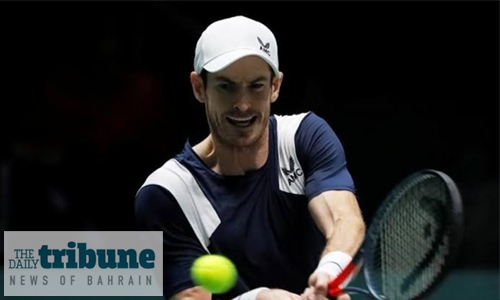 Britain’s Andy Murray has cancelled his training block in Miami because of a groin injury that has left him unable to practise on the court, according to a report on Thursday.

The former world number one suffered a bruise to his pelvic bone during Britain’s Davis Cup campaign in Madrid last month, The Times newspaper said. He played one singles match before missing the rest of the event. Murray’s Grand Slam comeback at next month’s Australian Open, which starts on January 20, is apparently not in doubt, however.

The three-time Grand Slam champion, ranked 126 in the world, will likely receive a wild card to compete in Melbourne. The Scot, 32, is due to travel to Australia in late December to prepare for the new ATP Cup team competition, which starts on January 3.