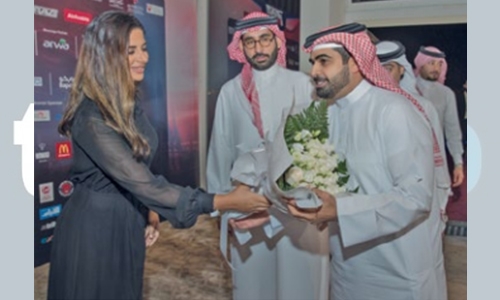 HH Shaikh Khalid yesterday expressed his pride in the resounding success enjoyed by the BRAVE International Combat Week in the Kingdom thanking sponsors and heads of the organising committee for their enormous support. BRAVE Week “positively impacted Bahrain’s position as a leading hub for exceptional sporting events in the region,” said HH Shaikh Khalid bin Hamad Al Khalifa during an honouring event held at Al Areen Palace on Monday.

Shaikh Khalid’s message was conveyed by HH Shaikh Salman bin Mohammed Al Khalifa, the President of Bahrain Combat Sports Council and Member of the Organising Committee of the 2019 BRAVE International Combat Week, as deputised by the First Deputy President of the Supreme Council for Youth and Sports and President of Bahrain Olympic Committee. His Highness thanked Ali Qamber, the Head of the Executive Committee, for the successful organisation of the event.

The 2019 BRAVE Week, which concluded on Saturday, was held under the patronage of HH Shaikh Nasser bin Hamad Al Khalifa, the Representative of HM the King for Charity Works, the National Security Advisor, and President of the Supreme Council of Youth and Sports. Considered the biggest sports event at the Asian level, the week-long event was organised at Khalifa Sports City’s GYM.

It featured the 6th edition of the Amateur World Championship and BRAVE 31 as well as the 1st KHK World Open Championship.