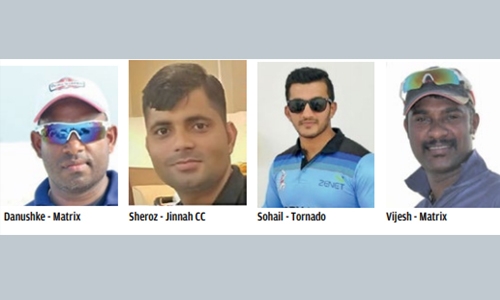 Batsmen following Suhail maintained the scoring rate setting a target of 181 runs for Strikers in 20 overs. Barathi took three wickets for Strikers. In second innings, Tornado pacers took up the responsibility and dominated the show. Abeejith turned the match around for Tornodo’s by picking three Strikers’ wickets and restricting them to 120 runs.