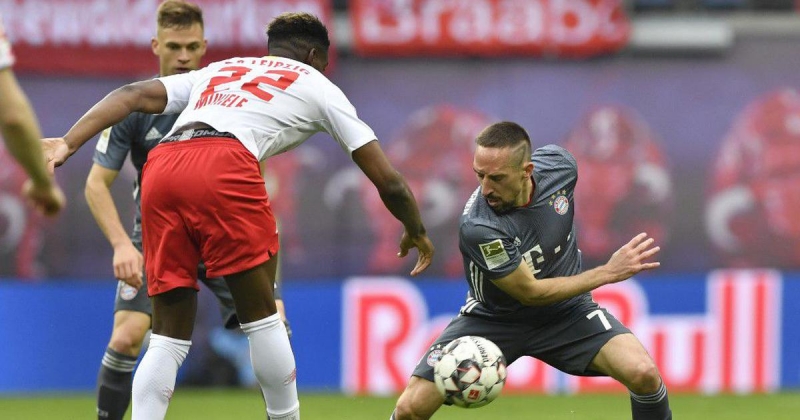 Bayern Munich missed the chance to wrap up a seventh successive Bundesliga title as they were held to a goalless draw at RB Leipzig on Saturday and rivals Borussia Dortmund edged a nervy 3-2 win over Fortuna Duesseldorf. Chelsea-bound US international Christian Pulisic found the net in his final home game for Dortmund, helping them to battle back to within two points of league leaders Bayern ahead of the final round of games next weekend. Bayern can now secure the title with a win at home to Eintracht Frankfurt next Saturday, while Dortmund must win at Borussia Moenchengladbach.

Dortmund, who looked dead and buried after slipping four points behind last week, enjoyed the rub of the green as they stumbled to victory over Duesseldorf.  Pulisic, who will join Chelsea next season, bid an emotional farewell to the Dortmund fans before the game and then opened the scoring on 41 minutes.  A howler from stand-in goalkeeper Marwin Hitz allowed Oliver Fink to equalize, but Thomas Delaney restored the lead for Dortmund.

Hitz then gave away a penalty with a foul on Dodi Lukebakio, but the Belgian dragged the ball wide from 12 yards.   Mario Goetze appeared to seal the win for Dortmund on 90 minutes, but Dawid Kownacki pulled one back for Duesseldorf minutes later to make it a nerve-jangling finish for the hosts. In Leipzig, Leon Goretzka’s stylish scissor-kick sent Bayern into ecstasy after half-time, but the goal was ruled out by VAR.  Serge Gnabry hit the bar later in the second half, but Bayern could not force the winner.