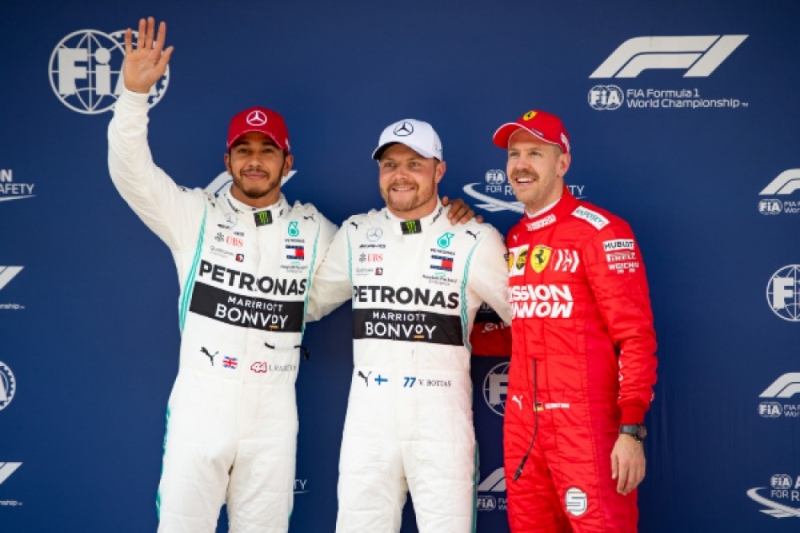 The Finn, who leads defending five-time champion Hamilton by a single point in this year’s title race, completed a treble after taking the prime grid position in both China and Azerbaijan. Bottas clocked a stunning track record lap in 1min 15.406sec to finish six-tenths clear of his teammate in the top 10 shootouts on a dry and gusty day at the Circuit de Catalunya. With Hamilton second, it gave Mercedes another front row lock-out and suggested this year’s title race may become a duel between the two Silver Arrows drivers with Bottas currently enjoying the momentum.

Four-time champion Sebastian Vettel of Ferrari was third ahead of Max Verstappen of Red Bull, Charles Leclerc in the second Ferrari and Pierre Gasly in the second Red Bull. Romain Grosjean was seventh ahead of his Haas teammate Kevin Magnussen, Russian Daniil Kvyat of Toro Rosso and Daniel Ricciardo in his Renault. “I really enjoyed that,” said Bottas. “The adrenaline rush you get from laps like that is great so I am really pleased. “The season has started well, the way I hoped for, and I feel better in the car.”