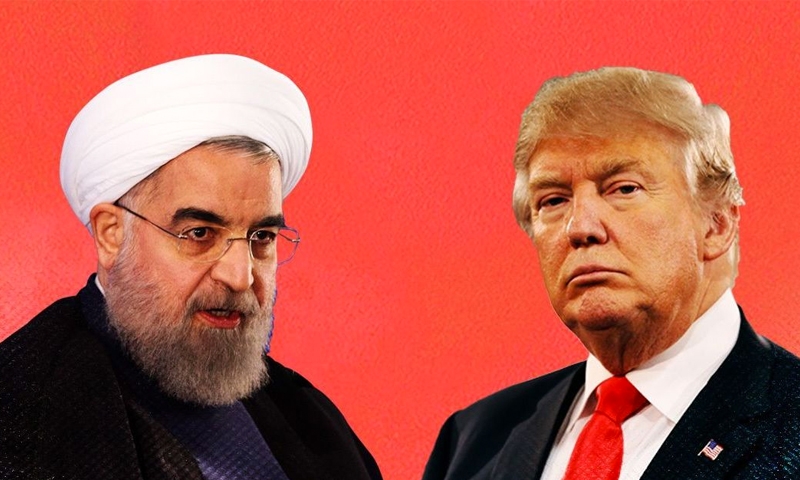 The crazy idea of America-Iran summit

As the Trump administration ratchets up pressure on Iran by increasing sanctions and planning, in John Bolton’s ominous words, “other things,” it may be hard to imagine that diplomacy between Tehran and Washington is still possible. It is. Moreover, it is necessary. The Middle East cannot afford yet another calamitous war, but that is the unfortunate likelihood if the two countries don’t get off their current path.

The annual gathering of world leaders at the United Nations General Assembly later this month provides a unique and appropriate opportunity for a meeting between President Trump and President Hassan Rouhani of Iran. United Nations Secretary General António Guterres, who has cordial relations with both leaders, can and should act as interlocutor.

Mr. Trump said in July that he was “certainly” willing to meet the Iranians “without preconditions.” The Rouhani government brushed off the prospect at first, but there are signals that it is possible: Mahmoud Vaezi, Mr. Rouhani’s chief of staff, recently claimed that at last year’s General Assembly, officials from the Trump administration repeatedly requested a meeting with Mr. Rouhani. By sharing this information, Mr. Vaezi triggered a debate in Iranian media over whether such a meeting is desirable. In August, Mr. Rouhani said, “If there is sincerity, Iran has always welcomed dialogue.”

Last year’s General Assembly was hardly a pleasant affair between the United States and Iran. The two presidents used the annual gathering to vilify each other, with Mr. Trump describing Iran as a “rogue regime” and calling the 2015 nuclear agreement with Iran an “embarrassment” and Mr. Rouhani responding by calling the American president a “rogue newcomer to international politics.” Since then, relations between Iran and the United States have deteriorated further. In May, Mr. Trump announced Washington’s withdrawal from the nuclear deal. The White House has reimposed sanctions on Iran in the hopes, it claims, of getting a “better deal” as well as a significant “change in the behavior” of the Iranian government. An even tougher round of sanctions will probably go into effect in November.

These are all the topics that could and should be on the table at a summit between Mr. Trump and Mr. Rouhani.

There are other forces at work pushing for Iranian-American diplomacy. While the Trump administration may believe that it can replicate the international coalition against Iran that existed ahead of the 2015 nuclear deal, the truth is that the international community is now largely on Iran’s side after the United States’ unilateral decision to abrogate the deal, which was blessed by the United Nations Security Council.

For sure, there are powerful voices in both countries opposed to such a meeting. A good number of members of the Trump administration would see such a summit as an impediment to their true agenda: regime change in Iran. Likewise, the hard-line factions in Iran would view a meeting with Mr. Trump as a sign of Mr. Rouhani’s weakness. Iran’s supreme leader, Ali Khamenei, has called any dialogue with the “bullying United States” useless.

Ayatollah Khamenei’s position may not be immutable, however. Given the enormous pressure Iran feels under increasing sanctions, he is apt to give a green light to this idea if he is assured that Mr. Trump is genuinely interested in exploring alternative options with Iran.

A meeting between Mr. Trump and Mr. Rouhani will probably not lead to a drastic breakthrough in relations. But the two countries don’t need to solve all of their disputes to reduce dangerous tensions. Even a mutual agreement to suspend verbal attacks would be enough to build confidence and create a foundation for more diplomacy, such as meetings between Secretary of State Mike Pompeo and Foreign Minister Mohammad Javad Zarif. What’s more, a meeting may make Mr. Trump feel that much like with North Korea, he has succeeded in influencing Iran’s unruly behavior. And the international community will certainly applaud the efforts of both leaders for undertaking such an effort in line with the spirit of the United Nations Charter.

For all of these reasons, Mr. Trump and Mr. Rouhani should listen to reason and take the opportunity this month to sit down for a face-to-face conversation. It would be the truly bold thing to do.

Why Imran Khan must bat for civil society in Pakistan?