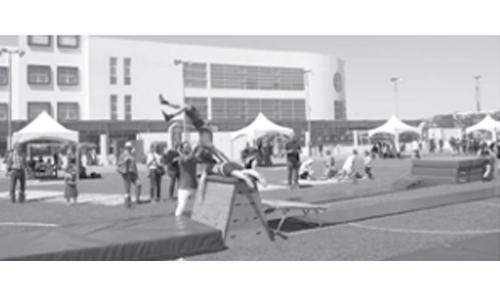 The British School of Bahrain held its international fair at its premises in Hamala on Friday. Attended by thousands of children and their parents, the fair was a cosmopolitan extravaganza of food, music, culture and games for both the young and the young at heart, according to Ellen van Manen-de Boer, the chair of the organising committee.

Dr Stephen Spurr, the Group Education Director of Inspired, the UK group which owns the BSB, said “A glorious spring day where the 89 nationalities represented at the school celebrated together in the true spirit of internationalism and intercultural understanding.” The fair, which for many years was held in December, was held in March for the first time this year.

The general feeling in the community was that the tremendous turnout and the fantastic weather strongly suggested that the move to a Spring Fair was the right decision!