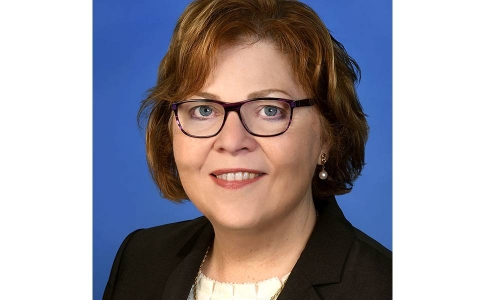 On the wide range of projects being supported by the Biden administration in Palestinian territories, she said they will measurably contribute to economic growth and greater opportunities for Palestinians.

“That includes an extension of 4G cellular service for the West Bank and Gaza and expanding hours and capacity for travellers and goods at the Allenby Bridge.

It also includes the $100 million announced by President Biden for the East Jerusalem Hospital Network, subject to congressional approval.

USAID recently disbursed the first $14.5 million of that healthcare assistance so that we can see it becoming a reality.” With regard to the ongoing crisis in Iraq, the top Biden administration official pointed out that the 2008 Strategic Framework Agreement remains a solid foundation for the bilateral relationship between both nations.

“The recent outbreak of violence in Baghdad was a source of great concern to us here in Washington as well as to Iraq’s international partners. In Baghdad, I delivered a straightforward message to a range of senior governmental leaders, including the prime minister, the president, and the Council of Representatives speaker, saying that there is an urgent need for Iraq’s political leaders to come together for an inclusive dialogue to make important compromises that will chart a way out of Iraq’s current crisis over government formation.

This was a message that I shared with a full spectrum of Iraqi political leaders, including that outside of government.

“I reiterated this message with political leaders in the Iraqi Kurdistan Region during my two-day visit to Erbil. And while there, I also discussed human rights. I emphasized the importance of respect for human rights and freedom of expression. Journalists and activists have a vital role to play in a strong democracy.

We regard Iraq as a vital partner of the United States on so many levels – a partner with which we want to accomplish much, much more on global issues, including – and regional issues, including water security, climate change, and increasing trade and investment opportunities.

The grinding impasse over government formation which flared into violence 10 days ago unfortunately only underlined the degree to which such opportunities are being squandered, and the degree to which the acute need for basic services for Iraq’s people remains unaddressed, she added.

Special voting arrangements made for Covid-infected citizens of Bahrain

New law to focus on curbing air pollution in Bahrain