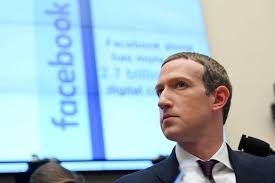 Facebook founder and CEO Mark Zuckerberg yesterday backed moves by the OECD group of free-market economies to reform the way online giants are taxed worldwide, even if that means companies like his own paying more to national governments. “We also want tax reform and I’m glad the OECD is looking at this,” Zuckerberg says in published extracts of a speech he will make in Germany on Saturday.

“We want the OECD process to succeed so that we have a stable and reliable system going forward,” he added. The digital tax has emerged as a key bone of contention between the US and France in particular, after Paris imposed its own tax on US digital giants such as Facebook, Google, Amazon and Apple last year.

Washington has slammed the move as discriminatory, but both sides agreed last month to pursue a global framework under the aegis of the Organisation for Economic Co-operation and Development (OECD), with Paris suspending its collection of the tax until December 2020.