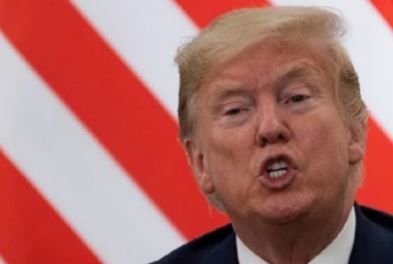 US President Donald Trump said he doesn’t think climate change is a hoax and would have loved to have seen Greta Thunberg speak while he was at Davos.

Trump, who has sparred back and forth with the teenage climate activist, made the comments in a press briefing just before he was about to depart the annual World Economic Forum meeting in the Swiss ski resort.

He noted that Thunberg “beat me out on Time magazine” - a reference to her winning the Time ‘Person of the Year’ award.

He also said that she should shift her attention away from the United States to focus on other more polluted countries.