US to strike EU with $7.5 billion in tariffs over Airbus subsidies | THE DAILY TRIBUNE | KINGDOM OF BAHRAIN 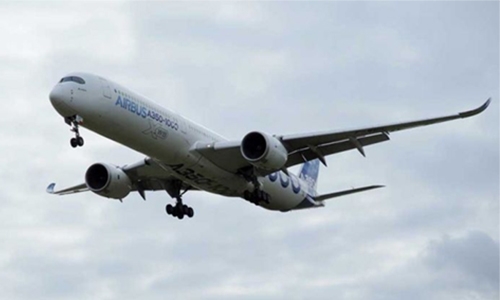 US to strike EU with $7.5 billion in tariffs over Airbus subsidies

Hours after getting the green light from the World Trade Organisation, Washington moved Wednesday to retaliate against the EU over illegal subsidies for Airbus, announcing tariffs on $7.5 billion (6.8bn euros) worth of European goods starting October 18. The ruling is the largest arbitration award in WTO history and a landmark moment in the longstanding Airbus-Boeing battle, which threatens to intensify already strained trade relations between the United States and the European Union.

The top US trade negotiator said he expects to begin talks with Brussels soon to try to resolve the dispute. But President Donald Trump hailed the decision, calling it a “big win” for the United States and claiming credit for the outcome of the 15-year-old case. “We’re having a lot of wins at the WTO,” Trump said. “All of those countries were ripping off the United States for many years and they know I’m wise to it.”

The EU will face tariffs of 10 percent on aircraft and 25 percent on other goods, like cheeses, whiskey and olive oil, as some industrial products, largely from the four countries that support Airbus: France, Germany, Spain and Britain. “For years, Europe has been providing massive subsidies to Airbus that have seriously injured the US aerospace industry and our workers,” US Trade Representative Robert Lighthizer said in a statement.

“We expect to enter into negotiations with the European Union aimed at resolving this issue in a way that will benefit American workers,” he said. Although the WTO ruling allows Washington to penalize the EU with duties of up to 100 percent, the US has limited the tariffs for now but “has the authority to increase the tariffs at any time, or change the products affected,” the statement from Lighthizer’s office said. Brussels earlier Wednesday also indicated a willingness to negotiate.