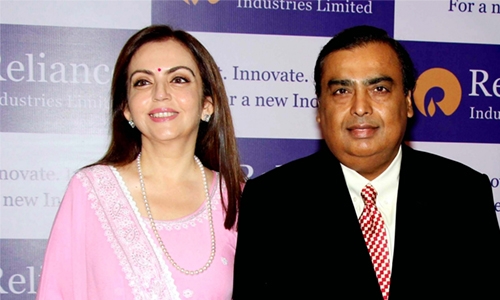 The head of India’s Reliance said yesterday it has agreed to sell a 20-per cent stake in its oil refinery and chemical unit to Saudi Aramco in a deal worth $15 billion. “This is the biggest foreign investment in the history of Reliance and also amongst the largest foreign investments ever in India,” India’s richest man Mukesh Ambani said at the company’s annual general meeting in Mumbai.

The preliminary deal is based on a valuation of $75 billion for Reliance’s Oil to Chemicals (O2C) division comprising the refining, petrochemicals and fuels marketing businesses of the Indian firm, according to a Reliance statement. The agreement also includes Saudi Aramco supplying 500,000 barrels of oil a day to Reliance’s Jamnagar refinery, the world’s largest, which to date has processed some 2 billion barrels of Saudi crude.

“This signifies perfect synergy between the world’s largest oil producer and the world’s largest integrated refinery and petrochemicals complex,” Ambani told Reliance shareholders. “Now we have transformed our longstanding relationship of two decades, based on mutual trust, into a partnership of growth potential for many more years,” he said.