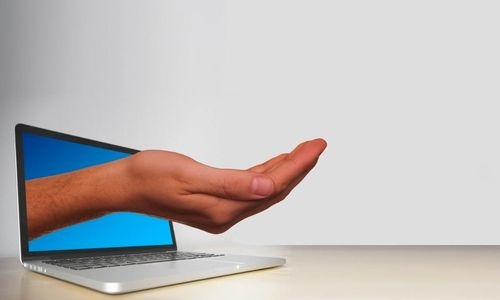 Bahrain warns against falling prey to Internet begging or panhandling

The Anti-Cybercrime Department of the General Directorate for Anti-Corruption and Economic and Electronic Security has warned against beggary, especially cyber-begging or e-begging.

Internet begging or panhandling is the virtual version of traditional begging - asking strangers for money to meet basic needs such as food and shelter.

Beware of such actors who request financial assistance by commenting on social networking sites, publications and chatrooms with heart-wrenching stories, Anti-Cybercrime Department warns.

The department adds: They might also make phone calls or send private messages through WhatsApp or other communication methods.

These actors masterminding such activities are also targeting stores online. For this, they first post abusive and negative comments, including claims of bad personal experiences with their services and products.

This often leads the stores to offer free services or products to them as compensation for their bad experience.

Electronic beggary, in some cases, is found to be well-planned, the Department said.

With hundreds of Internet begging sites online, it has become common practice for web beggars to register and own the domain name of their websites.

The Anti-Cyber Crime Department advises using modern technology to protect personal data and accounts online and warns not to trust strangers found online. “Never ever respond to requests for help or money via the internet or smartphone apps without prior knowledge,” officials warn.

“Make sure to use official or legal channels while lending a helping hand to others,” the statement said, adding that this would ensure that the help reaches the deserving.

The department encourages reporting any such instance through hotline number 992.

Bahrain criminalises begging under the Vagrancy Act No. (5) of 2007.

According to Article 7 of the Vagrancy Act, “any person found begging again after he/she was placed in a special welfare institution as stipulated in Article 4, can either face up to 1 year in prison or a fine (between 50 and 100 dinars), or both.”