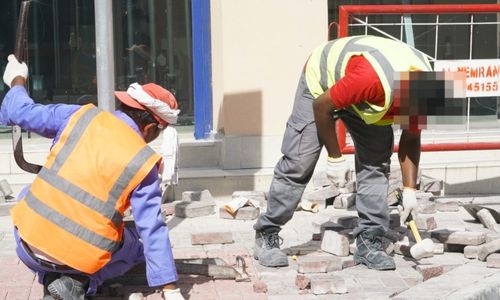 According to sources, “Illegal expatriate workers are becoming victims to the greed of construction companies and are exposed to a high-risk environmental hazard with no guarantee of safety”.

A source said that construction companies are also finding this a golden opportunity to cut down their expenses, as they are not liable to pay any compensation for the casualties at the workplace.

An illegal Asian worker said: “ We cannot raise our claim since we are unlawful workers.

Most of us are scared to file a case realising that this will backfire on us.

Instead of getting compensation, we may get fined or deported for accepting such an illegal job offer. “

Most of these companies are well aware of the pathetic situation of these labourers, and they are pretty sure about their inability to raise their voice legally in the court, which makes the situation worse.”

One of the sources working in a senior position in the same Industry said: “Some companies make them work only during the daytime, while others force them to work even at night with no overtime benefits! “

Ministry of Labour and Labour Market regulatory Authority is very keen on protecting the rights of the employees, and the reforms included new measures to link work permits to vocational and occupational standards to increase workplace safety and protection.

Recently LMRA has strengthened its search for finding such illegal practices.

Labour Market Regulatory Authority has conducted more than 18000 inspection visits, and 916 workers were deported after being found guilty.

But still, a few prefer to take the risk by ignoring the fine and punishment for violating the labour rules.