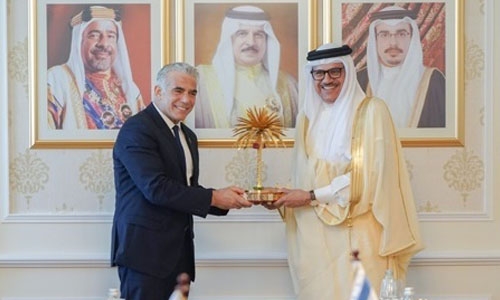 The ministers cut a ribbon and lifted a curtain on the commemorative plaque of the embassy, signalling its official inauguration.

Lapid said it was a great honour at the end of a day full of emotions, wishing peace and prosperity forever, noting that the signing of the memoranda of Understanding has been developed into something tangible and bilateral relations into friendship.

“There are a lot of potentials to expand and deepen our relations across many sectors,” Dr Al-Zayani said as he wished the newly appointed Israeli ambassador every success in his duties.