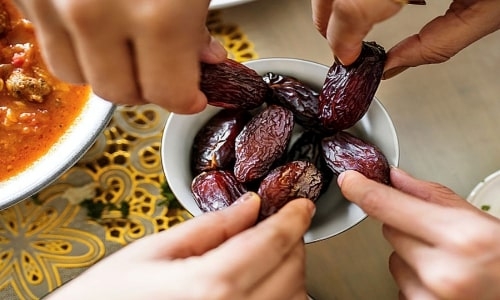 Public consumption of food materials during fasting hours of the Holy Month of Ramadan is considered offensive and will attract jail terms of up to a year and hefty fines.

If an individual wants to eat or drink in daylight hours during Ramadan, it should be done indoors and out of sight.

As one of the five pillars, or duties, of Islam, fasting during the month of Ramadan is mandatory for all healthy adult Muslims.

Meaning they have to abstain from eating, drinking and smoking from dawn to sunset.

Generally, fasting is not recommended to people who suffer from medical conditions or women who are pregnant.

However, the same rules apply to them as well – not to eat or drink in public places.

Breaking it in public is considered disingenuous to true Islamic religion and the law.

Furthermore, articles 309 and 310 of the Penal Code criminalise insulting a recognised religious community, its rituals, or religious symbols— with a term of imprisonment up to one year or a fine not exceeding $265 or 100 Bahraini dinars.

Fasting during Ramadan means abstinence from all food or drink, including water and chewing gum, from dawn to sunset.

After sundown, Muslims break their fast with iftar, with a meal which usually starts with dates and water or milk, followed by dinner.

A statement released by the Police Media centre also states that speaking out loud during breaking fast also constitutes an insult to a ritual of religion during the month of Ramadan.

Article 309 of the Penal code applies when a person speaks loudly or eats, drinks or smokes in public during fasting hours.

The rule of law, the statement says, applies to Muslims and non-muslims, and residents, citizens and foreigners.

Offences in this regard, the statements said, will attract jail terms between three months and a year and fines not exceeding 100 dinars.

Similar laws are in place in other Gulf Cooperation Council nations, with Kuwait spelling a maximum of one month in prison and a fine of 100 dinars.

In Dubai, failing to respect fasting laws will attract fines of up to Dh2,000 or a jail term of a month, according to Article 313 of the UAE Federal Punitive Law.