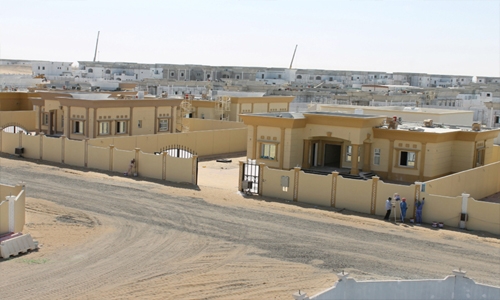 In total, the programme since its inception has helped 7,001 home buyers,” added the minister.

A total of 1,691 people got their dream homes through Mazaya during the year 2020.

The programme offers Bahrainis an opportunity to own their dream home through a real estate financing facility subsidised by the Government of Bahrain.

The average value of housing units purchased amounts to 109,000 dinars, with the Northern governorate accounted for 45% of the units’ purchased.

The percentage of the purchase of housing units in Muharraq Governorate was 87% compared to 13% for ownership apartments, In the Northern governorate, that percentage was 79% (housing units) and 21% (apartments).

In the Southern Governorate, ninety-two per cent of the sales were for housing units and 8% for ownership apartments.

People in the capital bought only housing units.

Breaking down further, the minister said that citizens whose monthly income ranged between 600 to 700 dinars accounted for 40% of the purchase.

Twenty-six per cent of the beneficiaries earned salaries between 701 to 800 dinars.

According to the scheme, a client will only pay 25% of the basic salary, inclusive of fixed allowances, towards the instalment.

Ministry of Housing will pay the remaining instalment amount.