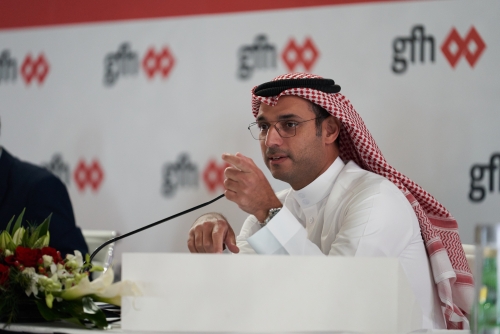 GFH Financial Group (GFH) today announced the successful conclusion of its Ordinary General Meeting (OGM), which was held with the live virtual participation and on-site presence at the Al Areen Palace and SPA of a 43.59% quorum of shareholders as well as Board members, management and employees of the Group.

Presided over by the Group’s CEO Mr. Hisham Alrayes, the OGM saw shareholders approve the minutes of the previous Annual General Meeting held on 6 April 2020 as well as a number of other agenda items relating to the Group’s financial accounts and governance.

Importantly, shareholders ratified and authorized a series of agreements made between GFH and Khaleeji Commercial Bank (the Bank), the Group’s commercial banking subsidiary, in accordance with Article (189) of the Bahraini Companies Law. These included a swap agreement signed by the Group and the Bank for financial and investment assets worth of BD46.4 million and an agreement signed by the Group with the  Bank to underwrite the issuance of BD60 million AT1 Sukuk at a premium of BD12 million and for the receipt of BD12.1 million in subscription fees.