Development projects press on | THE DAILY TRIBUNE | KINGDOM OF BAHRAIN 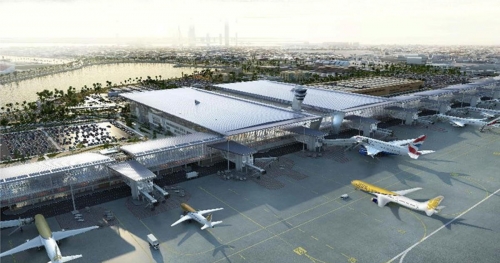 Development projects in the Kingdom have continued to progress despite the global economic downturn. This is according to the Bahrain Economic Quarterly report for the first quarter of 2020, which was published on Monday by the Ministry of Finance and National Economy on its website mofne.gov.bh.

The report covers the Kingdom’s economic data across various sectors, as well as an assessment of global and regional economic developments. Among the development projects mentioned is the expansion of Bahrain International Airport (BIA), supervised by the Ministry of Transportation and Telecommunications in cooperation with Bahrain Airport Company.

This remains on schedule to be completed this year, making it one of the largest infrastructure development projects in the history of Bahrain at a total cost of $1.1billion. Meanwhile, the report indicated that the global impact of the coronavirus (COVID-19) affected Bahrain’s overall economic performance in Q1, causing a decline in real GDP growth (at constant prices) at a rate of 1.1 per cent year-overyear, while the rate of decline reached 4.9 per cent at current prices.

Indicators within the report reflected continued growth in a number of non-oil sectors despite the challenges; the manufacturing sector achieved real growth of 4.8 per cent, supported by the increase in the production volumes by Aluminum Bahrain Company (Alba) by 42.5 per cent; the social and personal services sector grew by 1.3 per cent, while the construction sector witnessed growth of 0.3 per cent.

Due to global restrictions on travel and other preventative measures to counter the spread of COVID-19, the hotels and restaurants sector real GDP declined by 36 per cent, while the transportation and communications sector declined by 6.3 percent.

The decline is evidenced in the decrease in the number of visitors through the King Fahd Causeway and through BIA by 24.2 per cent and 25.1 per cent, respectively. Other sectors also witnessed declines in their real GDP including government services by 2.9 per cent, financial corporations by 1.6 per cent, real estate and business activities by 0.4 per cent, and trade by 0.1 per cent.