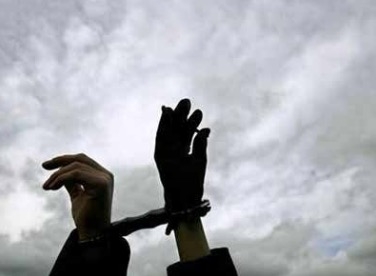 A group of men and women, who were earlier convicted of forcing two Asian women into prostitution, had their appeals rejected yesterday by the First Supreme Criminal Court of Appeal. The eight appellants were previously sentenced by the First High Criminal Court to seven years of imprisonment each, in addition to collectively paying for the repatriation expenses of the victims, who are both Filipino nationals.

The group consisted of a Bahraini man, two Filipino men, and five women of the same nationality. All foreign defendants were ordered to be deported after completing their imprisonment sentences here and they were also fined BD2,000 each.

The case emerged when the authorities here were officially informed by its Filipino counterpart about an ongoing investigation into human trafficking, which involved a number of Filipino nationals, who exploited the victims by forcing them into the flesh trade and making a profit from the illegal activity.

The information received from the Filipino authorities also included that the victims’ freedom was restricted, their passports were taken away, and they were physically assaulted to force them into prostitution.

A probe was launched and initial findings indicated that the victims were forced into vice in the past two years (2018, 2019), and that the defendants physically assaulted both women while threatening them of never being allowed to return to their country.The Public Prosecution charged the defendants of restricting the victims’ freedom and exploiting them, in addition to depending on vice for a living and running a brothel.