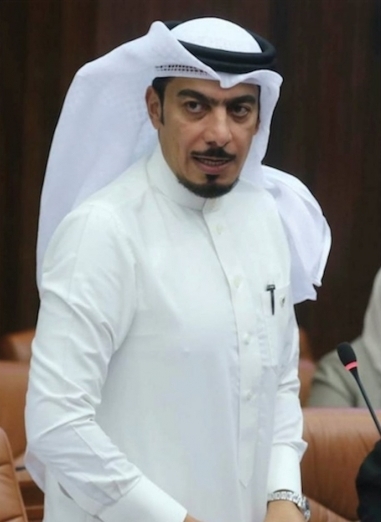 A lawmaker recently called for permanently implementing the work-fromhome system in Bahrain’s public sector. MP Hamad Al Koheeji said in a statement that he had submitted a proposal to implement teleworking in all government bodies, asserting that the proposal would have several positive impacts on these entities’ productivity.

MP Al Kooheji, who heads the Public Utilities and Environment Committee in the Council of Representatives, said his proposal comes as a result of the success and stability achieved by the sector recently.

He cited that many government bodies had successfully applied the work-from-home system recently as part of the precautionary and preventive measures taken amidst the outbreak of the coronavirus (COVID-19) pandemic.

Elaborating further, the MP commented: “The productivity of government bodies hasn’t been affected after the system was applied during these challenging times. Instead, it maintained the same pace of progress, and in some entities it has enhanced its productivity.

“The speed of the completion of providing some government services has been noticeably increased after applying the teleworking system.” Justifying his proposal, MP Al Kooheji named some of the positive impacts of implementing this work method, mentioning that it would enhance employees’ flexibility as well as their skills to balance personal and professional responsibilities, develop government work by creating opportunities for excellence and innovation, and generally enhance job and clients’ satisfaction.

“The proposal has many positive sides, such as reinforcing the principle of productivity in work as a main criterion, away from other aspects such as commitment to working hours and attendance only. This would create an atmosphere of positive competitiveness among employees and speed up work and productivity.

“If applied, the proposal would also reduce traffic congestions during rush hours after employees are required to work from home instead of going to their workplaces. “Additionally, many categories of citizens are in need of applying this system, such as those with chronic diseases, pregnant women, and individuals whose status require them to stay at home.”

It is worth mentioning that several public and private institutions have reduced the physical presence of their employees at their workplaces by up to 90 per cent since the global outbreak of COVID-19 earlier this year.

This came to limit crowding at these establishments as per the directives and recommendations of the Coordination Committee, headed by HRH Prince Salman bin Hamad Al Khalifa, Crown Prince, Deputy Supreme Commander and First Deputy Prime Minister, and the Civil Service Bureau.