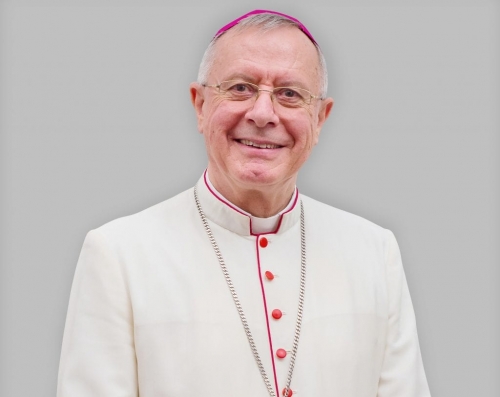 Bishop Paul Hinder, OFM Cap., has been been appointed as the Apostolic Administrator for the Apostolic Vicariate of Northern Arabia (AVONA). This was confirmed yesterday in a letter from the vicariate’s chancery office at Holy Family Cathedral in Kuwait, signed by AVONA Chancellor and Eccl. Judge Rev. Dr. Antony Lopez, OFM Cap., JCD.

Bishop Paul was nominated for the position by the Holy Congregation for the Evangelisation of Peoples in Rome, through the Apostolic Nuncio in Kuwait and the Arabian Peninsula Archbishop Francisco Montecillo Padilla.