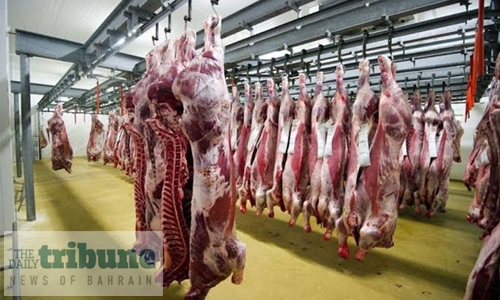 Cash handout to compensate the scrapping of meat subsidy will be credited to the bank accounts of beneficiaries during the first week of January, said Labour Ministry. A total of 165,310 Bahraini families will receive cash handouts worth BD 7,020,895 as part of the deal, said the Labour and Social Development Ministry in a statement.

Compensations “will be credited into the citizens’ bank accounts for the first three months of 2020 in advance during the first week of January.” The statement further confirmed finalising all preparations for the payments of the meat subsidy compensation based on a Cabinet Resolution in May 2015.

Bahrain chose to end its subsidies on meat and poultry products in 2015, as nations across the Middle East scrambled to deal with the crisis sparked by the drop in oil prices. However, the government here decided to compensate eligible Bahraini citizens by paying cash handouts to minimise the impact of the sudden hike in meat prices following the move. To be eligible, the beneficiary must the head of the family and a permanent resident of Bahrain.

Registration was intended to prepare a database and ensure the Finance Ministry’s readiness to credit the amounts quarterly. The subsidies, according to the ministry, are deposited every three months in advance to the head of the family’s bank account. Head of the family will receive a compensation of BD5, 3.500 BD (Bahraini dinars) for every 15-years-old individual and older and 2.500 BD (Bahraini dinars) for every individual under 15-year-old.

The Ministry of Labour and Social Development, the Information Authority, the E-government and the Ministry of Finance, are cooperating to implement the “redirect subsidies for meat” project as per His Highness Prime Minister’s resolution NO. 25 of 2013. Several proposals were made over time to double or triple the cash handouts to compensate the citizens for removing meat subsidies but were rejected by the government.

During one such instance, the government said, “It did not plan to raise direct cash allocations for subsidies in the next two years above the 382 million dinars ($1.01 billion) budgeted for 2018.” In October 2019, the government paid BD 6,964,167.000 as meat subsidy compensations to citizens’ bank accounts.

The apps you need in Bahrain